What SEO Tactics Does the Google Penguin 2.0 Update Target? 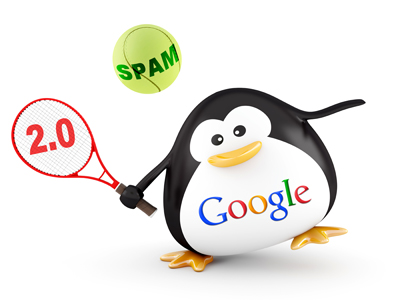 A few weeks ago, Google’s top web-spam fighter Matt Cutts announced the imminent release of Penguin 2.0, which went live on May 22. The exact scope of damage caused by this new formula is not certain at this point, but results should continue rolling out in the coming month. 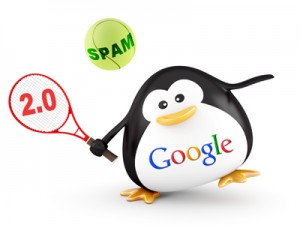 What is fairly certain at this point is what particular black hat tactics were targeted by Penguin 2.0. Like the original Penguin, version 2.0 focuses on punishing SEOers who use spammy back linking strategies to artificially inflate their website’s popularity.

Penguin 1.0 specifically targeted websites that used shady or spammy websites to link back to their pages, which is a beneficial SEO strategy when employed legitimately. A link from an outside source tells Google that the website is popular and worth linking to. But when the link comes from a paid source or article dump with no other purpose other than back linking, well, that is not good.

The 2.0 update looks to take this strategy even further by refining the criteria that defines a “bad” link. It is believed that Penguin 2.0 will judge an article to determine if the text is “spun,” which means it was created by a program for the explicit purpose of artificially boosting SEO.

Spun text typically includes poor grammar and spelling. The machine creating the text does not have the sophistication to correct the improper grammar and the person deploying the time-saving strategy is not going to bother to review it.

The update may also target “over-optimization” techniques, especially keyword stuffing. As it sounds, SEO strategists fill their text with keywords to increase their ranking, even at the expense of good grammar and readability.

Who will this affect?

Obviously, the black hat SEOs who use these tactics will see their websites, and those of their clients, dip in the search rankings as punishment. This may seem harsh, but Google clearly states their dissatisfaction with back linking from spammy sites in their Webmaster Guidelines, so acting innocent is not a good defense.

It is believed that 80% of the people hit with a Penguin algorithm update have never fully recovered, so 2.0 is a HUGE deal. Google only runs the algorithm every couple of months, so a hit could cause a significant down grade in your website’s ranking.

It is too late to prevent Penguin 2.0, but there is supposed to be another update dropping later this summer. If you are worried about the impact, consult with a professional, reputable SEO internet marketing company like Trimark Marketing Group. We can review your website and look for any areas of vulnerability so that you do not have to spend months waiting for the latest Penguin update.