Google recently announced that they were implementing brand pages for corporate advertisers on their social media site, Google Plus. As Facebook is still developing tweaks to their system in order to raise user enjoyment, Google Plus will hopefully begin with a system that does not necessitate any additional changes in the future. 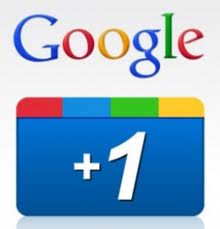 Facebook, for example, allows for a main picture on the upper left, content scrolling down the center, and that’s about it. No designing backgrounds, no customizations, and no overriding the website’s programing.

In addition, companies cannot choose which advertisements appear on the right side of their own pages. Hypothetically, a Pepsi ad could load onto the Coke’s Facebook page, creating a conflict of interests.

But hopes are high that Google will solve these issues before the launch of their brand pages.

Ad agencies are already starting to develop brand pages for Google Plus that work with its rigid formatting that is somewhat layered, but still more negotiable than their main competitor, Facebook.

Another upgrade involves the user’s ability to select what advertisements he receives. Whereas Facebook bombards guests with ads, Google Plus could potentially limit what companies put into public circles, thereby allowing users to only receive updates from brands that they personally follow.

What does all this mean for your business?

For one thing, it means you will have a new platform on which to advertise your product, and it is a HUGE one.

Google is the top search engine, by a large margin, and having your product cataloged in its social media site will do wonders for your SEO ranking. It is essentially like running your commercial on one of the major television networks versus public access TV.

Businesses will want to ensure that their Google Plus page looks professional, is easy to navigate, and utilizes all of the features that Google offers. If properly constructed, Google Plus pages could dramatically increase traffic to your website and your profits.