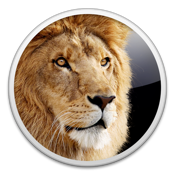 Mac OS X Lion, Apple’s newly-released operating system upgrade seems to be a first-step effort to bridge the gap between their traditional desktop operating system and the newly-popular iPhone and iPad IOS. While IOS is undoubtedly more user-friendly, much of Apple’s professional user base has given the company’s integration efforts some backlash—most recently with Apple’s drastic makeover to what’s arguably their most relied-upon ProApp, Final Cut Pro. So does Apple’s OS X Lion stand as a true upgrade to Apple ProApps users as well as your average Joe?

To find out, we enlisted the help of our dear friend Drew Shackelford, Lead Assistant Editor of the illustrious Los Angeles-based reality TV production company, Pie Town Productions. Check out his review below!

First off, OSX Lion connects the synapse chasm that has festered between iPad/iPhone and Macbook use. In many ways, the cursor has become a thing of the past. I now use gestures, (mostly two and three finger swipes) to whip around the OS.

The operating system’s learning curve depends on how much you have used Apple products in recent years. If you have an iPhone, iPad, or have been using the trackpad more than others, it’s a fairly intuitive jump. If you’re a Windows user somehow recently drawn in to the shiny new OS X, good luck. It’s gonna take a while just to figure out what the hell is going on.

Another big change is the shift away from the idea of folders and really embracing spaces. Launchpad, a new feature of Lion, is a godsend to Snow Leopard users who find themselves constantly clicking on their Apps folder in the dock and scrolling through a long list of apps.

Instead, Launchpad actually brings up your applications like they are all (surprise) apps on your iphone or ipad. It also groups all of your, say, Microsoft Apps into one Microsoft group—automatically. The organization seems so obvious and intuitive, it really makes working on an older OS seem like making do with Windows 95.

Apps like iTunes and Safari boast that they now make use of Grand Central 64-bit fasty fast whatever, and while it does appear a little quicker, it’s not what makes Lion shine. I’m sure the 64-bit capability will be utilized by apps in the future, but don’t expect your computer to sprint up the stairs when before it could only wheeze one step at a time.

Apps have also gotten a little facelift. I’m not sure if you even use Safari, but gone is the side scroll bar. An icon appears where it used to be when scrolling through a webpage, but disappears when you’re not.

There is overall polish, like slightly rounded edges on everything, better color schemes and the like that comes with each Mac OS X upgrade. These, while expected, do not disappoint.

For me, the big concern was whether my FCP 7 and Photoshop ProApps would actually work. They do, so I’m in the clear. But keep in mind, any apps or software that was programmed for PowerPC Macs will absolutely not work in Lion.

Lion is a fluid OS that takes organization to new heights. Super intuitive if you’ve been working with Macs and Apple products the past few years. Lion takes what works on the iPhone and iPad and translates those things for the Macbook or Mac Pro user. Track pads work way better than mice, IMO. Quicker, more stable (haven’t crashed once running Final Cut Pro 7, Safari, Photoshop, and a few other apps all at once).

Thanks Drew! Mac users who interested in upgrading to Lion can do so at the iTunes app store here: http://itunes.apple.com/us/app/os-x-lion/id444303913?mt=12&ls=1

Trimark Marketing Group is an Internet marketing company and web-design firm that has to use all this Grand Central 64-bit fasty fast tech stuff.  Check us out at http://trimarkfirm.com/